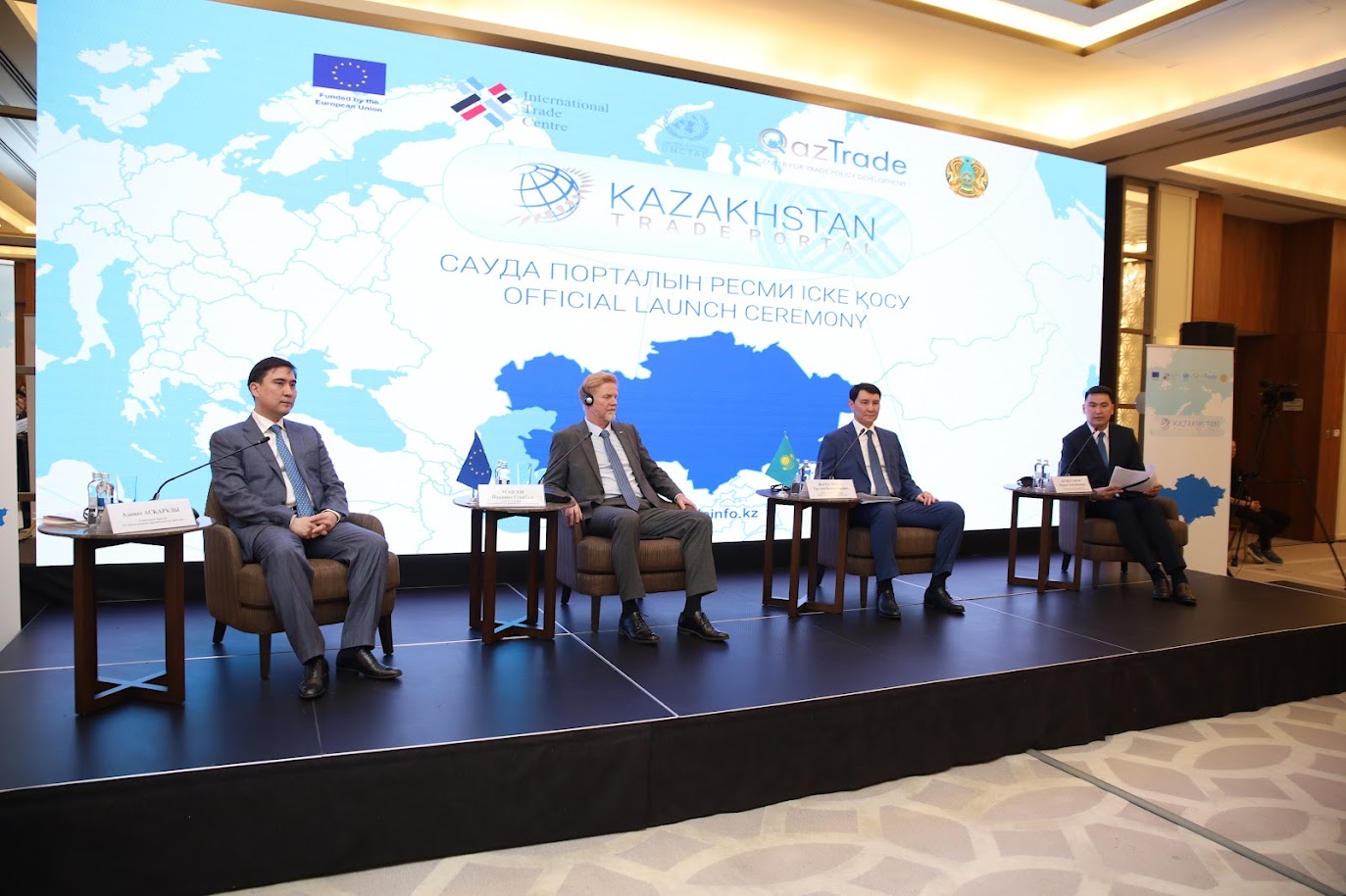 The Trade Facilitation Information Portal tradeinfo.kz has been launched for businesses in Kazakhstan. The new online platform provides step-by-step information on cross-border trading procedures, making it more accessible for businesses.

The Ready4Trade-Central Asia project funded by the European Union (EU) and implemented by the International Trade Center (ITC) has launched the Kazakhstan Trade Portal. The Portal describes in detail all import, export and transit formalities, required documents, forms and procedures. Currently the Portal can describe procedures for more than 50 products.

In Kazakhstan, the platform was developed in cooperation with the Ministry of Trade and Integration by the QazTrade Center for Trade Policy Development JSC, which is the institutional partner for the implementation of the Portal. 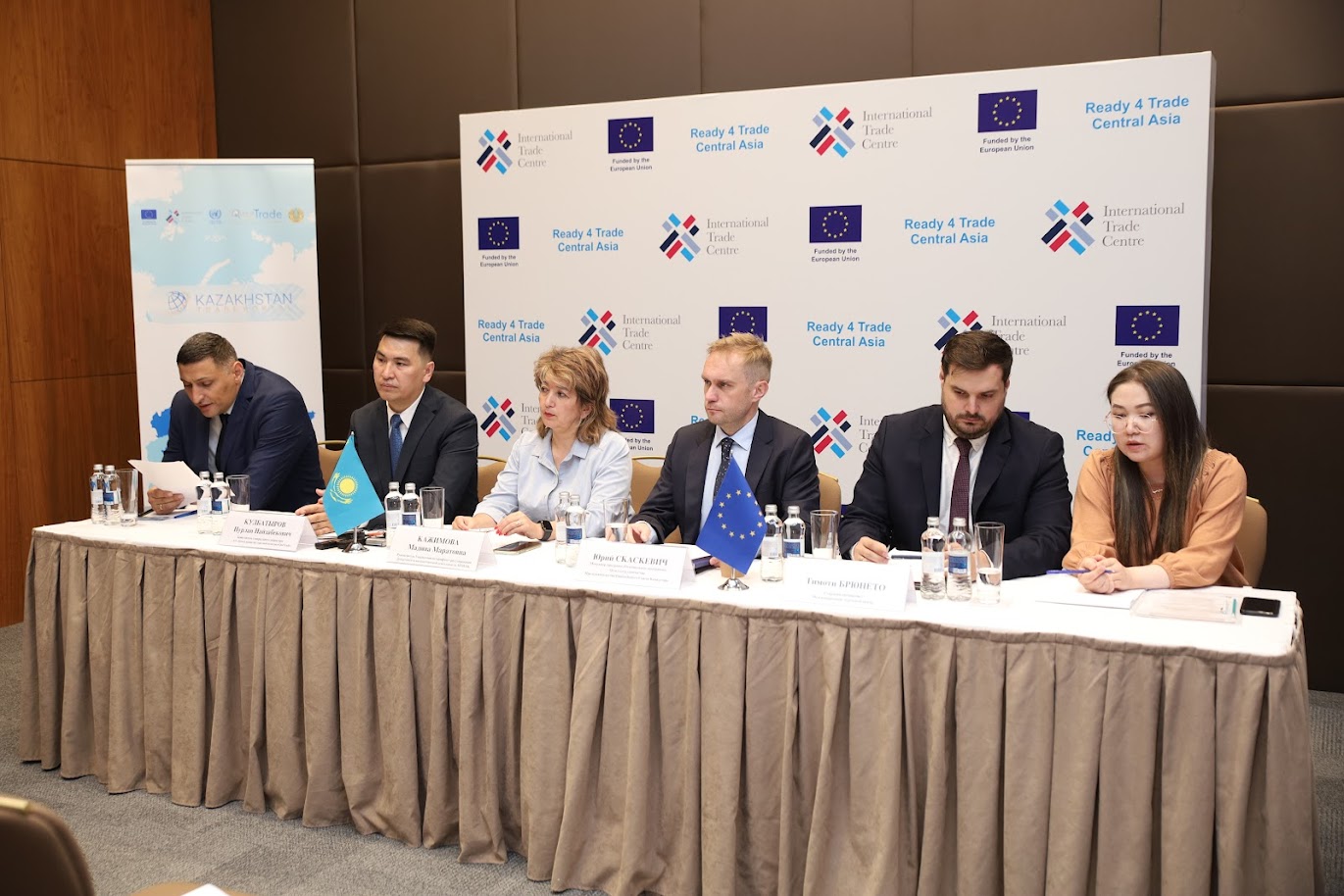 The launch of the Portal was attended by the Deputy Prime Minister - Minister of Finance of Kazakhstan Yerulan Zhamaubayev, Ambassador of the European Union to Kazakhstan Kestutis Jankauskas, Director General of the QazTrade Center for Trade Policy Development JSC Azamat Askaruly.

In his welcoming speech, the Deputy Prime Minister - Minister of Finance of Kazakhstan Yerulan Zhamaubayev expressed his gratitude to the European Union and the International Trade Center for their contribution to the preparation and implementation of the project, and expressed his hope that the Trade Portal will contribute to sustainable and comprehensive economic development not only in Kazakhstan but also throughout the Central Asia region. 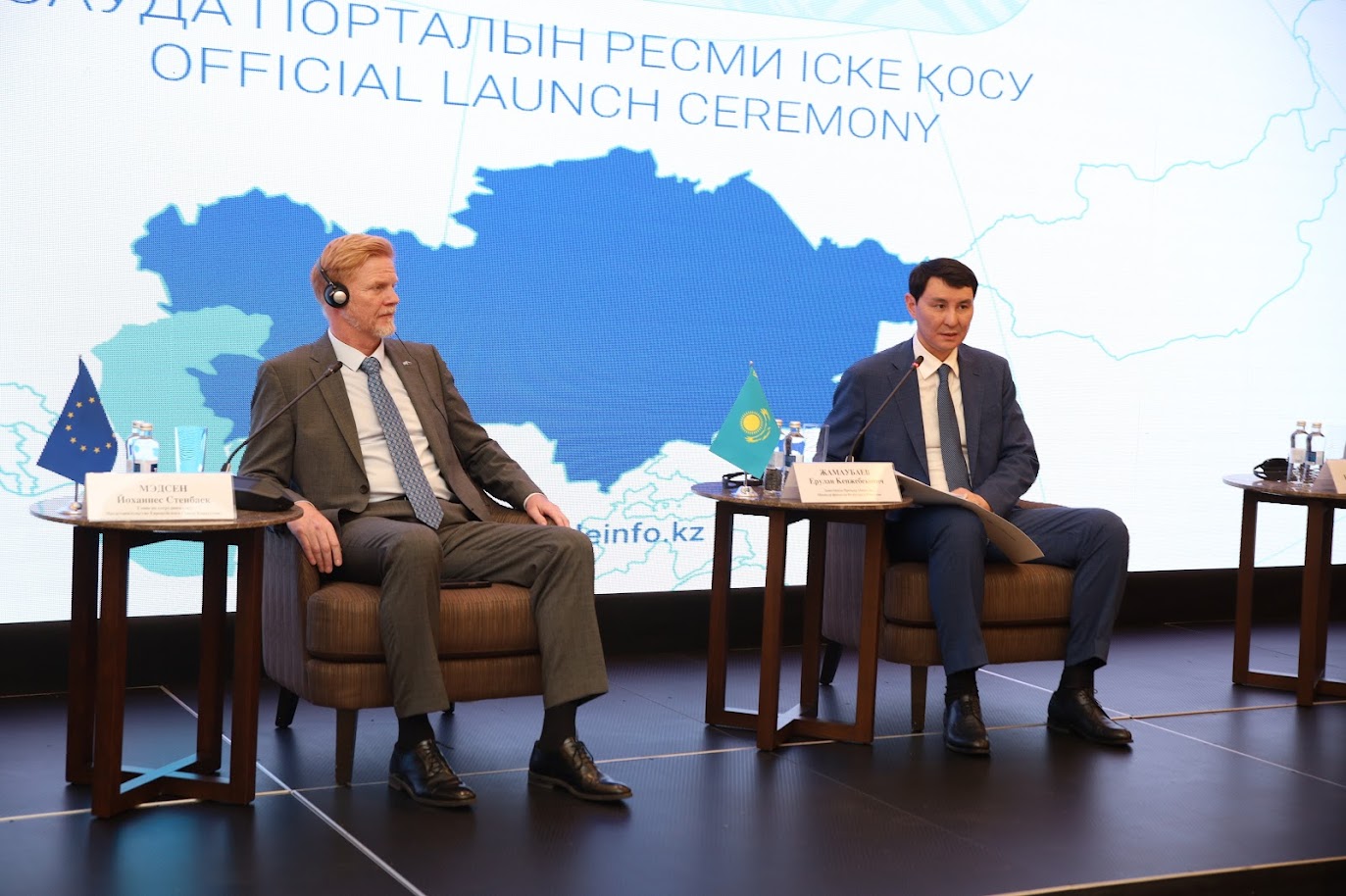 ‘’Now participants in Kazakhstan's foreign economic activity will have access to step-by-step rules and procedures applicable to import, export and transit. For us, the Trade Portal will become a tool for obtaining feedback from domestic businesses. Work in this direction will be actively done with the involvement of business associations and authorized bodies,’’ Zhamaubayev said.

In turn, the Ambassador of the European Union to the Republic of Kazakhstan, Mr. Kestutis Jankauskas, thanked all the parties involved in the development of the Portal and in particular the Ministry of Trade and Integration and QazTrade for their key role in the implementation of this project. He also noted that the Trade Portal and trade facilitation initiatives are concrete responses to today's global challenges. In conclusion, Mr. Jankauskas stated the commitment of the European Union, along with Kazakhstan and all its participants, to the promotion of sustainable economic development and the achievement of all other development goals.

The Director General of QazTrade JSC Azamat Askaruly noted that thanks to the launch of the Portal, entrepreneurs will have access to accurate and detailed information – rules and procedures applicable to import and export, including all forms and documents.

‘’Since August 2020, QazTrade has been the institutional partner of the Ready4Trade- Central Asia project. Given the urgency of growing interest in increasing supplies by sea transport and expanding the potential of ports on the Caspian Sea, for the first time, a step-by-step documentation of the business processes of import and export operations of seaports was carried out. I am confident that the Trade Portal will become a guide for all trading procedures,’’ concluded the Deputy General of QazTrade Azamat Askaruly.

The Kazakhstan Trade Portal is one of the components of the Ready4Trade- Central Asia project, which is implemented by the International Trade Center and funded by the European Union. Similar portals have already been implemented in 30 countries around the world. In Central Asia, there are similar portals in Tajikistan and Kyrgyzstan. The next countries which plan to launch trade portals will be Uzbekistan and Turkmenistan.

The Trade Portal is not only a reference tool for businesses that consolidates all information from all regulatory authorities on commercial formalities, but it also offers a range of trade facilitation benefits. In particular, the Portal allows you to identify and measure the complexity of commercial formalities faced by businesses, identify procedures and requirements that are potentially redundant and create unnecessary delays, set goals to streamline and reduce cross-border transactions, and measure the impact of business reforms aimed at improving trade procedures.