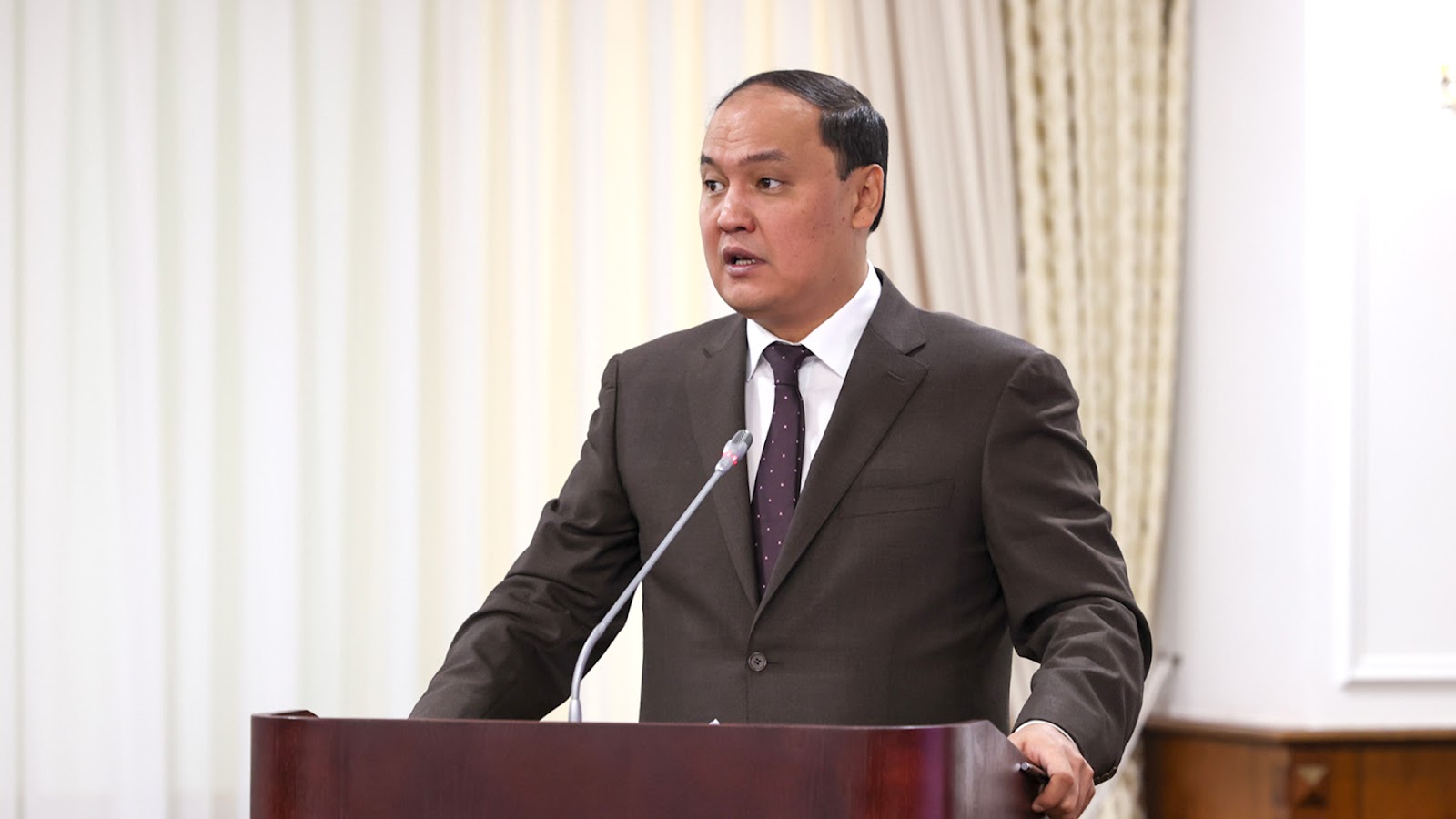 The total harvested area of crops this year amounted to 23.4 million hectares, of which the area of grain harvesting is 16.1 million hectares. This was reported by the Minister of Agriculture Yerbol Karashukeyev at the Government session, chaired by Prime Minister Alikhan Smailov.

"Favourable conditions of this year allowed to spend the most part of harvesting campaign without idle time; as a result, 15,4 mln. ha of grain and leguminous plants or 96,3% from total harvesting area," the Head of the Ministry of Agriculture said.

"The projected gross harvest of socially important crops will meet the domestic demand of the republic. The favorable conditions of the current year had a positive impact on the quality of the harvest," the Minister of Agriculture noted.

In total from the new harvest to the licensed grain enterprises received 4.2 million tons of grain, which is 2.2 times higher than the volume of grain to the holding companies during the same period in 2021. Thus, as of September 26 this year, grain elevators received 3.4 million tons of wheat; 564.8 thousand tons of barley; 178.6 tons of other crops. These data once again confirm the fact of outstripping rates of harvesting as compared to the previous year.

Remarkable is the fact that the grain of the new crop is characterized by high quality indicators. So, from the total volume of wheat delivered to the licensed grain collecting enterprises 85,8% belonged to classes 1-3.

For timely carrying out of harvesting works 423,5 thousand tons of the preferential diesel fuel has been allocated to the agricultural formations which is 27,0 thousand tons more than in 2021. Currently, 359.2 thousand tons or 85% of the plan has been shipped. There are no problems with the supply of fuels and lubricants according to the regions.

The Ministry of Energy has set the average market price from the oil refineries for the month of Sept. at 222.0 thousand tenge/ton or 184 tenge/litre. Taking into account the costs of operators, the average price in the country for agricultural producers is 203 tenge/liter.

In the current season the Food Contract Corporation plans to purchase about 1.1 million tons of crops under forward contracts. In this case, the Food Corporation has already set the purchase price. So, Grade 3 wheat will be bought at a price of 121-125 thousand tenge, depending on its quality. The prices have also been set for other crops, for which earlier forward contracts were concluded.

"The established purchase prices are fair for all market participants, including farmers themselves," Karashukeyev added.

In Akmola region the harvesting of grain and leguminous crops is coming to the end. About this during the performance the akim of region Yermek Marzhikpayev informed.

"Threshing of grain crops was conducted on the area of 4,4 mln ha or 96%. At an average yield of 11,3 c/ha 5,0 million tons of grain were threshed. By the end of this week grain harvesting will be completed," the Head of Akmola region said.

Oilseeds were harvested on an area of 57.3 thousand hectares or 16% of the sown area, the gross yield was 37 thousand tons, with an average yield of 6.4 cwt/ha. Potato harvesting is completed.

The region is provided with the necessary volume of cheaper diesel fuel for the harvesting work, there are no problems with the shipment of fuel and lubricants.

Taking into account the granaries of farms created the conditions for the storage of 7 million tons of grain. All grain receiving enterprises carry out the acceptance of the new harvest. Elevators received more than 1.5 million tons of grain. Quality indicators of the harvest are at the level of last year with 90% of grain complying with Class 3.

The region has a significant state support of agricultural sector, which this year amounted to 102 billion tenge, with an increase of 45% compared to last year. Including 48,1 billion tenge was allocated as non-refundable state aid. For crediting of field works to agrarians about 50 billion tenge was directed.

Also thanks to a program of preferential leasing, which started in August of this year, 58 units of agricultural machinery worth 4 billion tenge were bought by farmers.

About how the harvesting campaign is going in Kostanay region reported region akim Arhimed Mukhambetov. So, in the region, thanks to favorable weather conditions, technical equipment of agricultural units and state support, harvesting of crops is coming to end.

"There are 8.9 thousand combine harvesters involved in harvesting. Fuel and lubricants for the harvest have been provided, 77 thousand tons of diesel fuel has been allocated to the region, September volumes from the oil refinery are being supplied today. All harvested crops will be placed on bakeries and storage facilities of agricultural producers with total capacity of 8.3 million tons," Akim informed.

In North Kazakhstan region this year harvesting area amounted to 4.4 million hectares. To date, 98% of the area of cereals and leguminous crops harvested.

According to the region's Akim Kumar Aksakalov, 4.6 million tons of grain have been threshed at an average yield of 15 cwt/ha. Oilseeds were harvested on the area of 561 thousand hectares or 58,5%, gross harvest was 425 thousand tons. The gross output of potatoes was 291.1 thousand tons, 116.4 c/ha, vegetables were 61 thousand tons, 130.5 c/ha.

To ensure the safety of crops there are storage capacity in the amount of 6.6 million tons, which will fully provide quality storage of the harvested crops. Of the new crop of licensed grain reception enterprises received 1.1 million tons of grain, where more than 80% - 3 class.

Prodkorporatsiya contracted forward purchase of grain in the amount of 425 thousand tons. As of today, delivery is underway, the first 23 thousand tons were overwritten. For the sowing of 2023, 372 thousand tons of seeds have been poured.

"The necessary complex of agrochemical measures was carried out in full. 130 thousand tons of mineral fertilizers were applied. The plan is 170 thousand tons. The work in this direction continues," Aksakalov reported.

Started preparatory work for the sowing in 2023. To date, ploughed fallow lands on an area of about 1 million hectares.

Since the start of the year 1.7 thousand units of machinery for 47 billion tenge were bought by agrarians, including 80 units of domestic production equipment on a new program of preferential leasing of agricultural machinery.

Besides, as Akim of North Kazakhstan region reported there are no problems with fuel and lubricants supply in the region. It was allocated 78.5 thousand tons of concessional diesel fuel, shipped 76.2 thousand tons.

"All necessary measures have been taken in time and in full, which will allow to complete the harvesting work in optimal time," the Head of the region said in conclusion.