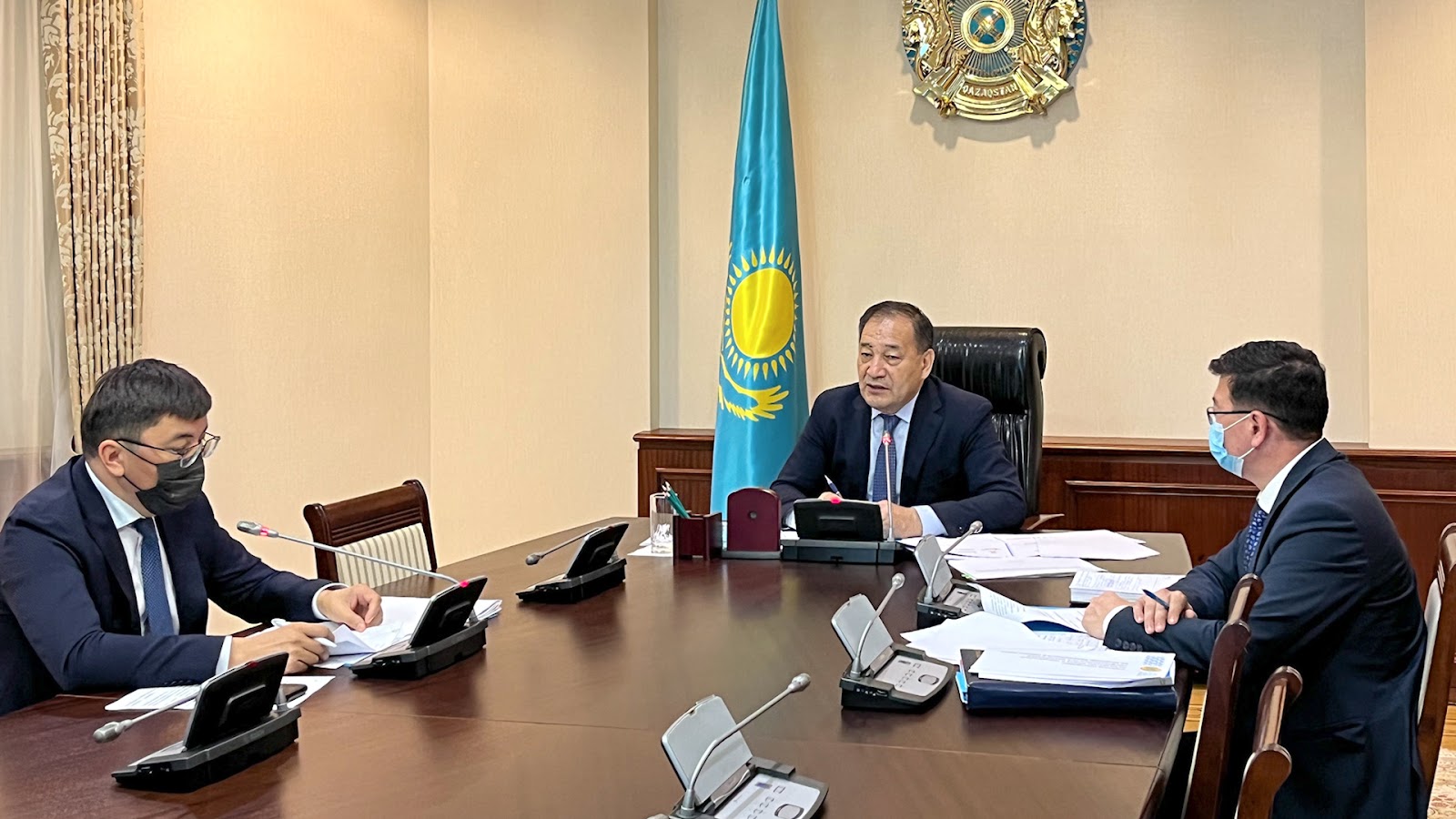 A regular meeting of the National Trilateral Commission on the Social Partnership and Regulation of Social and Labor Relations was chaired by Deputy Prime Minister of Kazakhstan Yeraly Tugzhanov. Within the framework of the meeting, the issues in regulation of labor relations were discussed.

The First Vice Minister of Labor and Social Protection of the Population Akmadi Sarbasov reported on the measures taken to prevent and resolve social and labor conflicts.

Special attention was paid to the situation in the oil and gas industry. The issue of labor migrants and the inspections carried out at 64 enterprises where foreign labor is involved were considered. 180 cases of discrimination in remuneration, 225 cases of foreigners performing work without permits, and 214 cases of non-compliance with the ratio of personnel were revealed.

As a result of the work, administrative proceedings were brought against 228 employers, 266 permits for involving foreign labor force were revoked, which contributed to the restoration of the labor rights of domestic workers.

In addition, the meeting participants addressed the issue of arrears in salary and social welfare payments.

As a result of the measures taken,the repayment of 3.1 billion tenge of salary arrears to more than 11 thousand employees since the beginning of this year has been ensured.

At the same time, compared to the beginning of the year, today there is a noticeable reduction in the debt on mandatory pension contributions and social contributions by 33% for the total amount of over 1.5 billion tenge.

Issues of labor relations are considered at meetings of regional trilateral commissions on social partnership and regulation of social and labor relations. More than 1 thousand regional and district commission meetings were held in the first half of the year alone.

As a result of the work carried out, 1.8 thousand enterprises demonstrated social responsibility and provided pay rise to over 1.2 million employees.

It was also reported that since the beginning of this year, 567 people have been affected at enterprises of the country, which is 4.5% lower than the same period of the previous year (as of July 1, 2021 – 687 people).

The Deputy Prime Minister gave a number of specific instructions to central and local executive authorities, including:

- strengthening the work on the implementation of the President’s order regarding the prevention of salary disparities between domestic and foreign workers, as well as to take measures against employers who have committed these violations;

- intensifying the work to increase the incomes of working citizens.

The members of the commission also discussed measures to organize the competitive "Enbek Zholy" and "Paryz" Awards on social responsibility of business. According to the data of Ministry of Labor and Social Protection of the Population, 337 enterprises applied to participate in the "Paryz" competition, and 418 labor dynasties and working citizens showed their willingness to participate in the "Enbek Zholy" competition.

Yeraly Tugzhanov pointed out that execution of such events demonstrates a model of social responsibility of entrepreneurs and popularizes the merits of the best employees who show excellent resultsin various fields of activity.