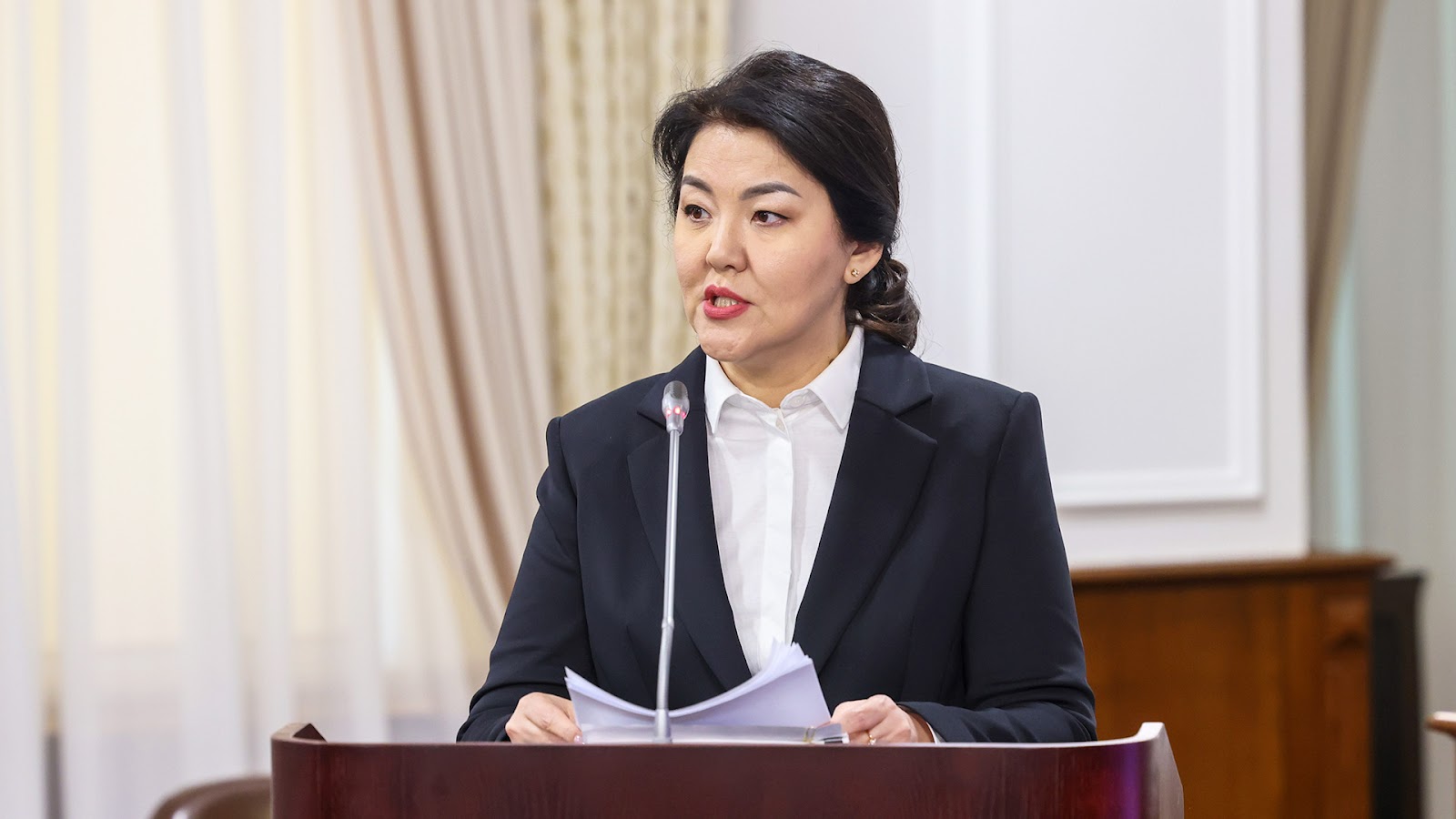 Minister of Healthcare Azhar Giniyat reported at the Government meeting on the implementation of the national project "Modernization of Rural Health".

According to the head of the Ministry of Healthcare of Kazakhstan, today there are about 8 million people living in the countryside (or 41% of the population). More than 5,000 medical organisations provide medical care to residents of villages.

"In general, the medico-demographic situation is stable. According to official statistics, health indicators have improved, with the overall mortality rate declining by 21.3%. Analysis of the health of rural population shows that the first place in the rural population is occupied by diseases of the respiratory system, which accounts for 42.7%, and digestion 9%," the Minister said.

To attract medical personnel to the countryside, a three-year training period is compulsory for graduates, lifting allowances of 1 to 2 mln tenge are allocated for each doctor, and some akimats set aside 3 to 5 mln tenge for newcomers, Giniyat said. Every year, a state educational order and grants are allocated for the training of 1,500 clinical medical personnel, and graduates are distributed to the regions.

It should be noted that the Head of the State has instructed to ensure a 70% annual increase in the number of grants for residency within three years. In addition, a pilot project involving obligatory internships for residents in rural areas is under development.

This year, 1,872 young specialists have been allocated to the regions, including 444 doctors in rural areas, in accordance with the needs of practical healthcare.

"In order to ensure the accessibility of medical services to residents of remote villages, transport medicine has been developed. There are 149 mobile medical complexes providing medical care and consultative and diagnostic services. This year, two medical trains, "Zhardem" and "Salamatty Kazakhstan", have resumed operations; they have already provided medical assistance to 64,000 people in 10 regions of the country. Medical aviation is carried out by 33 aircrafts that transport and provide emergency aid to villagers," she said.

To provide emergency medical assistance in the countryside, 595 ambulance crews are operating, and 1.7 million calls have been made.

Along with the introduction of best practices at the level of polyclinics, approaches to medical care at the level of multidisciplinary central district hospitals are being improved. Also noted is the best practice of introducing and implementing standards at the Ayagoz multi-disciplinary central district hospital in Abay region, where modern methods of diagnosis and treatment used in international and national practice have been introduced

During the years of the coronavirus pandemic, restrictive measures have reduced the availability of specialised medical care to rural residents. Large-scale preventive check-ups have been introduced for early detection and timely treatment of illnesses. The target population and the list of services for the rural population have been expanded, taking into account the gender and age structure of the population and health analyses. From 20 October this year, preventive check-ups have been carried out in villages throughout the country.

In order to improve access to medicines that are not part of outpatient drug provision, a regulation has been introduced into sectoral legislation to establish pharmacy outlets in rural health-care organizations. Since July this year, 75 public pharmacy outlets and 161 private pharmacies have been opened in 230 localities.

"Measures are being taken to digitalize rural health. 86.1% of rural health facilities are connected to the Internet, 91.1% of workplaces are equipped with computers and 81% of health organisations have implemented hospital information systems," the Minister of Healthcare said.

In order to improve accessibility of primary health care to the country's population, including rural population, this year a new state standard for the network of health care organizations was approved. Thus, medical care in villages with up to 50 people is provided by a nurse without premises, and in villages with 500 people the number of medical personnel was increased from one to three, with the possibility of opening feldsher-midwife stations.

On instructions from the Head of State, an inventory of rural facilities was carried out; as a result, more than 200 settlements have no medical facilities, and about 400 medical facilities are in rented, dilapidated or adapted buildings. The medical infrastructure of primary health care in rural areas is more than 50 per cent depreciated.

The pre-election programme of the Head of State envisages the opening of 700 new medical facilities in rural areas, staffed with professional personnel and modern equipment. At the same time, the national project envisages the construction of 655 primary health care facilities and the organisation of 32 multidisciplinary central district hospitals.

The project has three objectives:

The first is to provide all rural settlements with medical infrastructure through the construction of missing primary health-care facilities: first-aid posts, feldsher-midwife stations, outpatient clinics.

The second is the establishment of a network of modern, multidisciplinary central interdistrict hospitals with modern medical equipment.

The third is the provision of medical staff for rural health-care facilities.

Together with regional akimats we started preparatory work on construction of 655 primary health care facilities, 253 of which are first-aid stations, 160 are medical outpatient clinics and 242 are feldsher-midwife stations. The establishment of 32 multi-purpose central district hospitals envisages the modernisation of 12 existing hospitals and the establishment of 20 new ones. It is planned to open stroke and cardiology departments, CPR centres, intensive care units, minimally invasive surgery, traumatology and rehabilitation. The ICRB is also envisaged to be equipped with modern medical equipment and major renovations.

"The project's additional staffing requirements are 307 medical workers for primary care organisations and 793 for multi-disciplinary central district hospitals. Together with the akimats this issue will be resolved within the framework of social support and retraining of medical personnel. The country's 7 medical universities will train 2,843 specialists in the field from 2022 to 2024," Giniyat said.

As part of the national project, the following work has been carried out:

The project will require funding of 217.7 billion tenge (from RB funds), including for the construction of PHC facilities and the organisation of 32 multi-disciplinary central district hospitals.

The project will have a social impact on the population:

- Provision of timely emergency medical care to the rural population for heart attacks, strokes, injuries and other conditions (adherence to the "golden hour" principle)

- Increase of salaries and income;

The expected effect on the state is an increase in life expectancy and social well-being of the population.