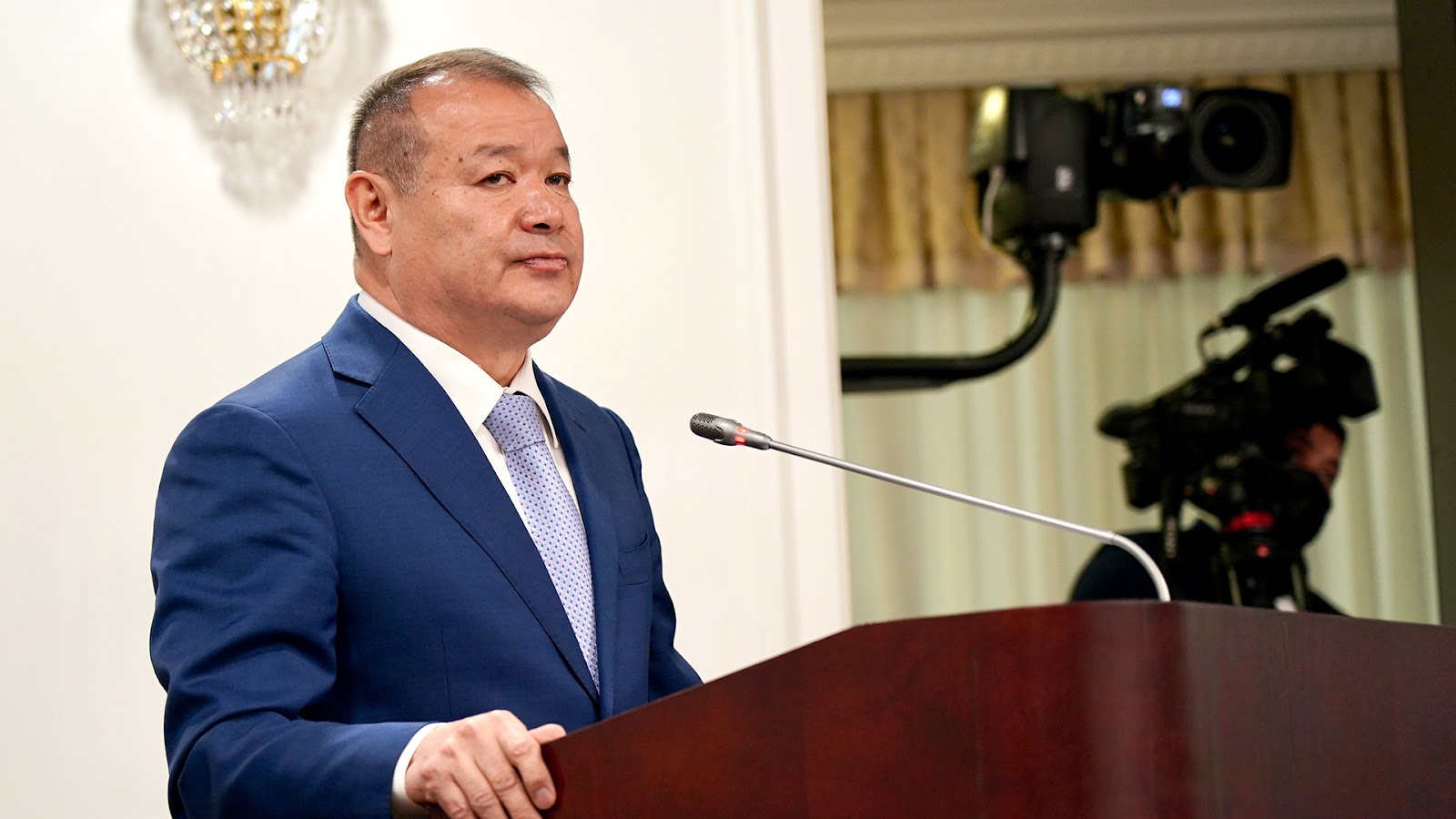 This year, Kazakhstan plans to build 15.1 million square meters of housing or 138 thousand dwellings. The Minister of Industry and Infrastructure Development Kairbek Uskenbayev announced this at the government session.

The head of the Ministry of Industry and Infrastructure Development spoke in detail about the implementation of new approaches to housing policy.

“As part of the ongoing housing policy, more than 7,000 citizens will be provided with rental housing without redemption. In the regions, 9.8 thousand apartments are being built for those on the waiting list, sold through the loan programs of Otbasy Bank.

The Minister of Industry and Infrastructure Development noted that in order to achieve the nationwide indicator, the relevant plans were brought to the regions, and to ensure their implementation, akimats approved Roadmaps indicating specific facilities and deadlines for their implementation.

“This year, the implementation of 180 projects for the construction of engineering communications to 50,257 land plots was supported. The largest number of land plots is provided by communications in the Turkistan, Aktobe and Mangystau regions,” said Kairbek Uskenbayev.

It is worth adding that, on behalf of the Head of State, a mechanism for housing payments for rental housing in private housing stock has been developed, relevant rules and a digital platform based on Otbasy Bank have been developed. To date, over 25,000 applications have been received, of which about 6,000 have been approved.

The principle of targeted assistance is based on the joint responsibility of citizens:

- 50% will be covered by government subsidies;

- the remaining 50% is paid by the recipient himself.

In addition, as part of the instruction of the Head of State, a draft law of the Republic of Kazakhstan on reforming housing policy has been developed, which is under consideration by the Majilis of the Parliament of the Republic of Kazakhstan. The bill proposes to reform the housing policy and transform the Otbasy Bank into a national development institution, removing it from the system of second-tier banks.

It is also planned to create a Housing Center on the basis of Otbasy Bank, which will centrally maintain, register and record all those in need who do not have housing on the territory of the republic, regardless of belonging to categories. In the proposed new model, state support measures to improve housing conditions will be implemented depending on the date of registration, availability of income and the submitted application.

“These innovations will improve the efficiency of providing the population with housing, optimize the procedure for obtaining housing by citizens, and also introduce a single mechanism for the fair distribution of housing among all categories of citizens,” the head of the Ministry of Investment and Development of Kazakhstan said.

The draft methodological document "Standard for integrated urban development" was developed and approved by the Ministry of Industry and Infrastructure Development with the participation of government agencies and scientific experts. The development of the project was initiated with the aim of improving the quality of life of the population, taking into account international experience as part of the instruction of the Head of State.

By the way, the draft document has been approved. Its practical application is possible when planning development, taking into account the formation of attractive and comfortable public spaces, the development of pedestrian and cycling infrastructure.

In connection with numerous complaints, the Ministry developed some amendments to the legislation, providing for:

1. introduction of urban planning expertise in order to exclude poor-quality planning of the development of the territory;

2. introduction of planned control of objects at all stages of construction and participation of GASK in the acceptance of objects for operation;

3. creation of an independent state laboratory service for laboratory and technical examination of the materials used and the quality of the work performed.

In addition, Kairbek Uskenbayev spoke about a single construction portal, which was launched as part of the digitalization of the construction process. In particular, construction registers have been uploaded to the portal, the procedure for making changes and additions to the registers, testing experts has been automated, and technical supervision reports have been converted into electronic format. The portal is integrated with corporate information systems of market entities to convert executive documentation into electronic format.

It is reported that requirements for the transmitted information will be set here, and the market will independently choose the suppliers of such systems. At the moment, the maintenance of as-built documentation in a pilot mode has been launched at housing facilities and highways. 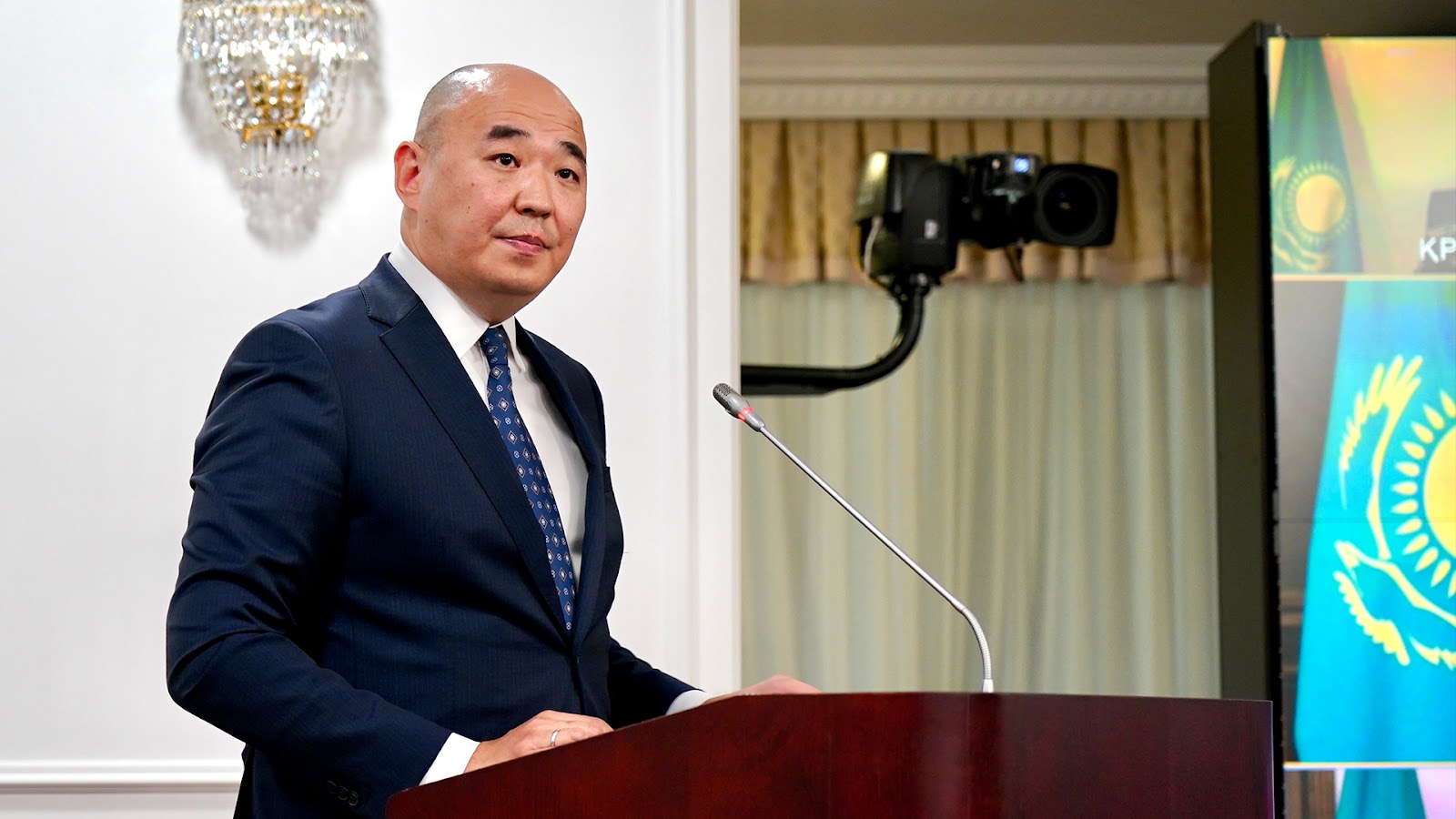 In the direction of construction of credit housing through the mechanism of redemption of bonds, funding was provided to the akimats in the total amount of 126.4 billion tenge. Additionally, by the end of this year, bonds of local executive bodies for 162.2 billion tenge will be redeemed.

In the direction of the system of housing construction savings for the first half of 2022, 38.9 thousand preferential loans were issued to the population for a total of 649.7 billion tenge. There are 2.39 million contracts worth 1.89 trillion tenge in the Otbasy Bank system.

In the direction of shared housing construction, 15 projects with an area of ​​589 thousand square meters of housing for a total of 97 billion tenge were guaranteed. This made it possible to protect the deposits of 7,000 citizens.

In the direction of subsidizing loans to private developers, projects with an area of ​​170 thousand square meters were approved. m of housing for a total of 3.5 billion tenge.

“On behalf of the Head of State, a mechanism is being implemented to subsidize the rent of private housing stock. Otbasy Bank has approved more than 6,000 applications,” Sharlapayev said.

As for the application process, it is fully automated. On the otbasybank.kz platform, any Kazakhstani who meets the requirements of the program can apply for subsidies through the EDS.

“The changes we are currently working on relate to social payments and benefits. They are taken into account as income along with wages, income from individual entrepreneurs and income under a contract for the provision of services. It is for this reason that more than 1,000 participants in the program have already been refused,” explained the head of the Baiterek holding.

In this regard, today the issue of amending the relevant legal acts on the exclusion of social payments and benefits from the category of income is being worked out. This will allow citizens who were previously denied for this reason to re-apply and qualify for subsidies.

And in order to timely transfer funds within the framework of this program, work is underway with local executive bodies. So, from 17 regions, funds came from the Kostanay region, agreements were signed in five regions (Nur-Sultan, Almaty, Atyrau, East Kazakhstan and Pavlodar regions. Eight regions are now at the stage of signing an agreement on transferring funds (Almaty, Shymkent, Akmola, Aktobe, Zhambyl, North-Kazakhstan, Turkistan, Kyzylorda regions The session of the maslikhat in the West-Kazakhstan, Karaganda, Mangystau regions did not take place.

Also, Otbasy Bank is developing an information system for the electronic database "Center for Providing First Housing". Such a system is necessary to maintain waiting lists for receiving housing from the state housing stock. To implement the task, 18 state database services were requested, of which 16 are connected in test mode, software and infrastructure are being tested for certification by the State Technical Service.

According to Sharlapayev, the functionality is 60% ready. So far, we can talk about such functions as registration, replacement of the waiting list, deregistration and updating of basic data. Estimated completion date for testing is August 2022.

The readiness of the database inventory task is about 45%. Estimated completion date for testing is September of this year.

Preparatory work is also underway for testing the bank's information systems for compliance with information security requirements by State Technical Service JSC. The planned date for submitting an application for testing is the third quarter of 2022.

Also, the chairman of the Baiterek holding listed the proposals developed within the framework of new approaches to housing policy.

First. It is proposed to direct bond funding of akimats not only for the construction of credit housing, but also for programs for the renovation of dilapidated and dilapidated housing. Funding can be provided at 4.25% per annum for up to 2 years on a revolving basis.

The funds of the National Bank allocated in 2020 in the amount of 180 billion tenge can serve as a source of funds. The current refund deadline is 2024, and it is therefore proposed to extend the refund deadline for these funds until 2030. This will cover about 45 thousand apartments throughout the country.

Second. In connection with the increase in the minimum thresholds for the adequacy of pension savings for housing and the completion of the 7-20-25 program, unsatisfied demand for mortgages in the amount of 500 billion tenge or 35 thousand apartments is predicted next year.

Private developers may face a significant slowdown in the rate of sales of commercial housing. To cover the unsatisfied demand, it is proposed to launch a mechanism for subsidizing the interest rate for the population on the market mortgage of second-tier banks.

Based on the results of negotiations with the Association of Financiers of Kazakhstan, the following basic conditions are proposed:

Subsidizing is subject to 7% of the mortgage interest rate, not exceeding the base rate of the National Bank by more than 5%.

“Second-tier banks will be able, at their own expense, to issue loans for primary housing developers and housing under construction, secured by the KZhK guarantee. Legislative changes are not required to launch the mechanism,” said Kanat Sharlapayev.