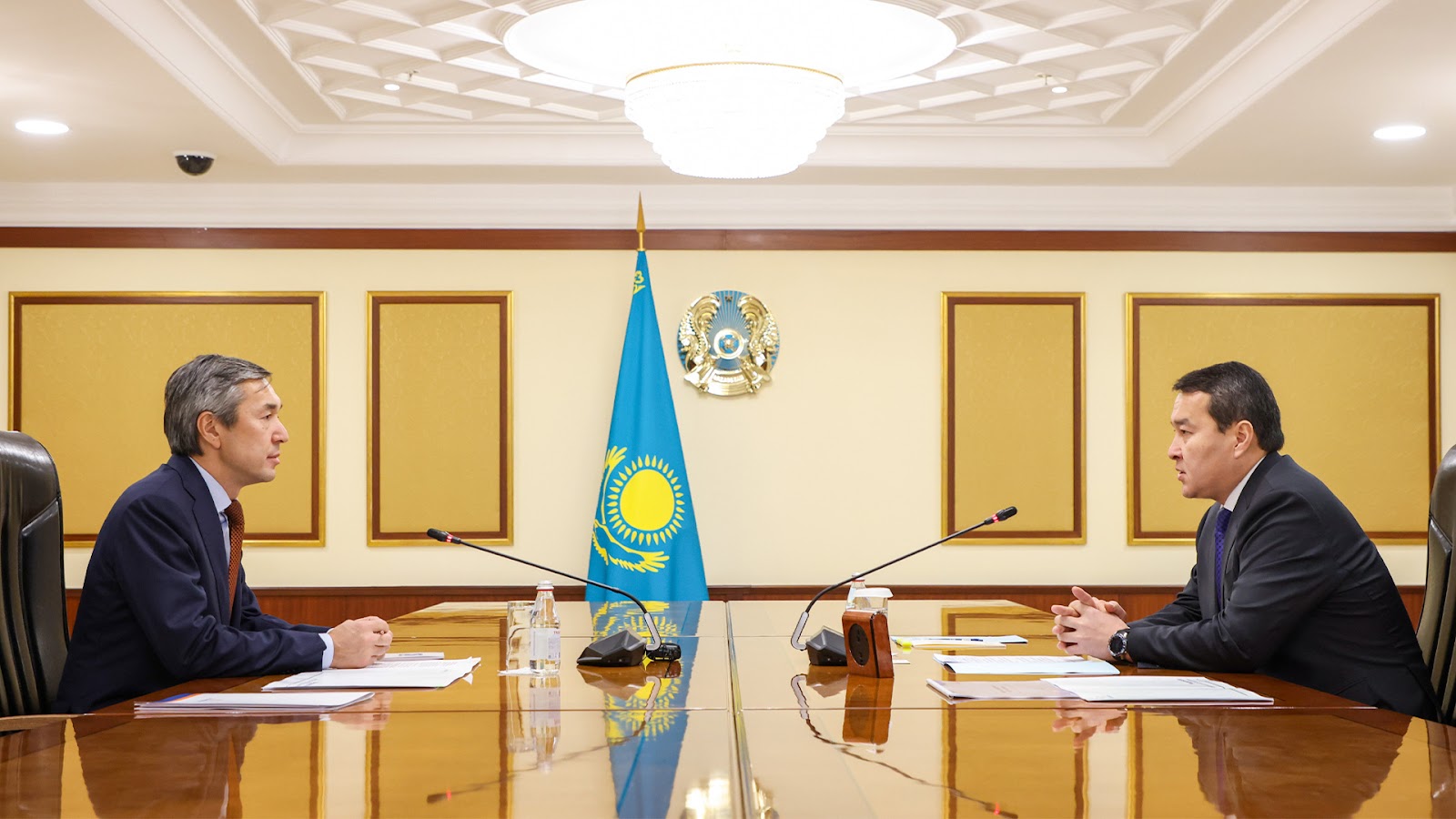 The issues of reducing the administrative burden on business and creating conditions for the launch and development of new commercial projects were discussed by Prime Minister Alikhan Smailov and Chairman of the Presidium of the National Chamber of Entrepreneurs Atameken, Raimbek Batalov.

Alikhan Smailov said that today the Government and business have established an effective dialogue on the eve of the National Chamber's next congress.

"We have established very close cooperation today, and meetings are held on a daily basis. The issue of further development of entrepreneurship is a priority for us. We are ready to continue this work together," Alikhan Smailov said.

According to Smalov, the Government pays close attention to problems of concern to business representatives in various sectors of the economy. Thus, substantive work is underway within the framework of the Council of Domestic Entrepreneurs, which has already discussed the new economic policy in the medium term, and transport, energy and agribusiness development.

"There are positive examples of solving problems, but at the same time there are facts of delayed implementation of the decisions worked out by the state authorities. These issues will be under my personal control," Alikhan Smailov said.

Head of the Government supported the proposal of the National Chamber to strengthen expert examination of normative legal acts. In particular, regulations will be initiated, which will bind the state body-developer to resend the latest version of the draft of the regulatory legal act, affecting the interests of business, in the National Chamber of Commerce and Industry, and in the absence of consensus a protocol of disagreement, which will be put on the conceptual issues for consideration and elaboration of the position to the level of the Prime Minister.

The role of Atameken in drafting documents in the state planning system is also expected to be strengthened. At the same time, Alikhan Smailov supported the initiative to develop a mechanism to improve control over the implementation of state programmes.

"As part of this work, we will develop important target indicators or KPIs for each industry, which will be fixed at the level of the Government. Achievement of these indicators will be monitored together," the Prime Minister said.

In addition, Alikhan Smailov approved introduction of similar approaches at the level of regions with focus on small business, where most of the population is involved.

For his part, Raimbek Batalov noted the high effectiveness of the government-level dialogue platforms.

"We regularly submit priority and operational issues, which are available in each sector of the economy, for consideration. This is very important for us, it stimulates the business community to consolidate. Today there are successful examples when we unite our efforts in various sectors," Raimbek Batalov said.

The head of the Presidium informed the audience about the started transformation of the National Chamber of Entrepreneurs, the reduction of its dependence on budget programmes and non-relevant functions, contribution of the business community to the elaboration of the new Tax Code and several strategic state programmes, as well as implementation of new approaches to the development of small and medium-sized businesses in the regions.

The prime minister said that, together with the National Chamber of Commerce and Industry, a comprehensive analysis of the regulatory acts and requirements for business is under way. At present the analysis has been completed in 18 out of 44 spheres. 1101 laws and regulations have been reviewed, and 6,101 requirements (11%) not corresponding to the basic conditions of the new regulatory policy were identified. State bodies have already started the work of making appropriate amendments and additions to the regulations.

He also said that the work to automate the system of risk assessment and risk management in state control was in progress, which would considerably reduce the administrative pressure on law-abiding businessmen.

The Prime Minister concluded by stressing that the leading role in the implementation of all voiced reforms was given to businessmen. In this regard, the Government together with the business community will continue to create all the necessary conditions for economic development and well-being of the citizens.