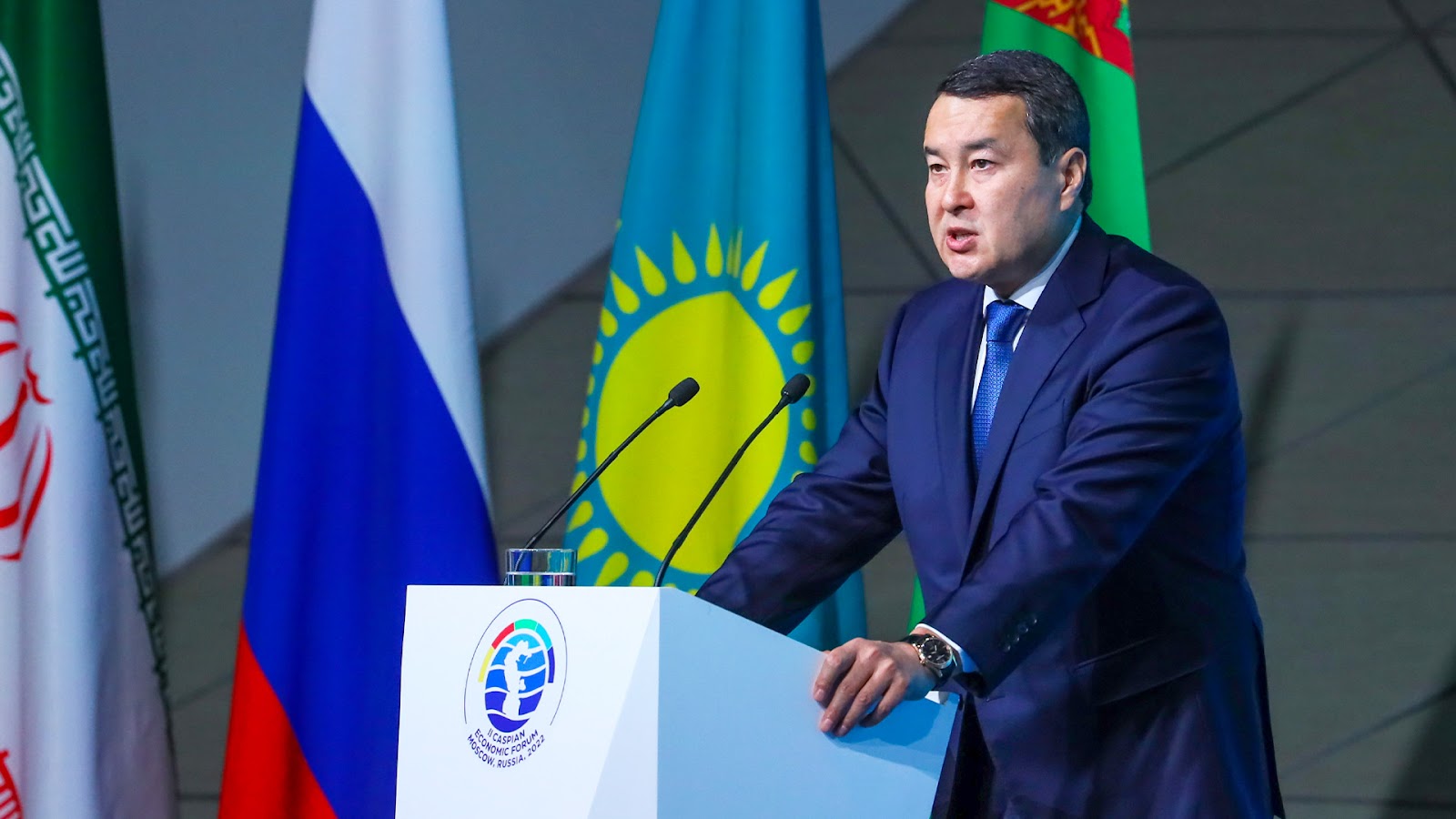 Prime Minister of Kazakhstan Alikhan Smailov delivered a speech at the plenary session of the Second Caspian Economic Forum held in Moscow.

The Head of Government noted that the Caspian region has a rich history, diverse culture and large natural reserves. At the same time, the Caspian Sea plays an important role in the development of international trade due to its geographical location and unique transit potential.

"Kazakhstan has outlined big plans to form cross-border hubs, which will increase the potential of North-South and East-West transport corridors. These are the seaports of Aktau and Kuryk, the dry port of Khorgos, the International Center for Central Asian Industrial Cooperation and others," Alikhan Smailov said.

The Prime Minister paid attention to the initiative of the Head of State to create a Caspian food hub, taking into account that such infrastructure hubs help to expand trade flows to Caspian countries and international markets. 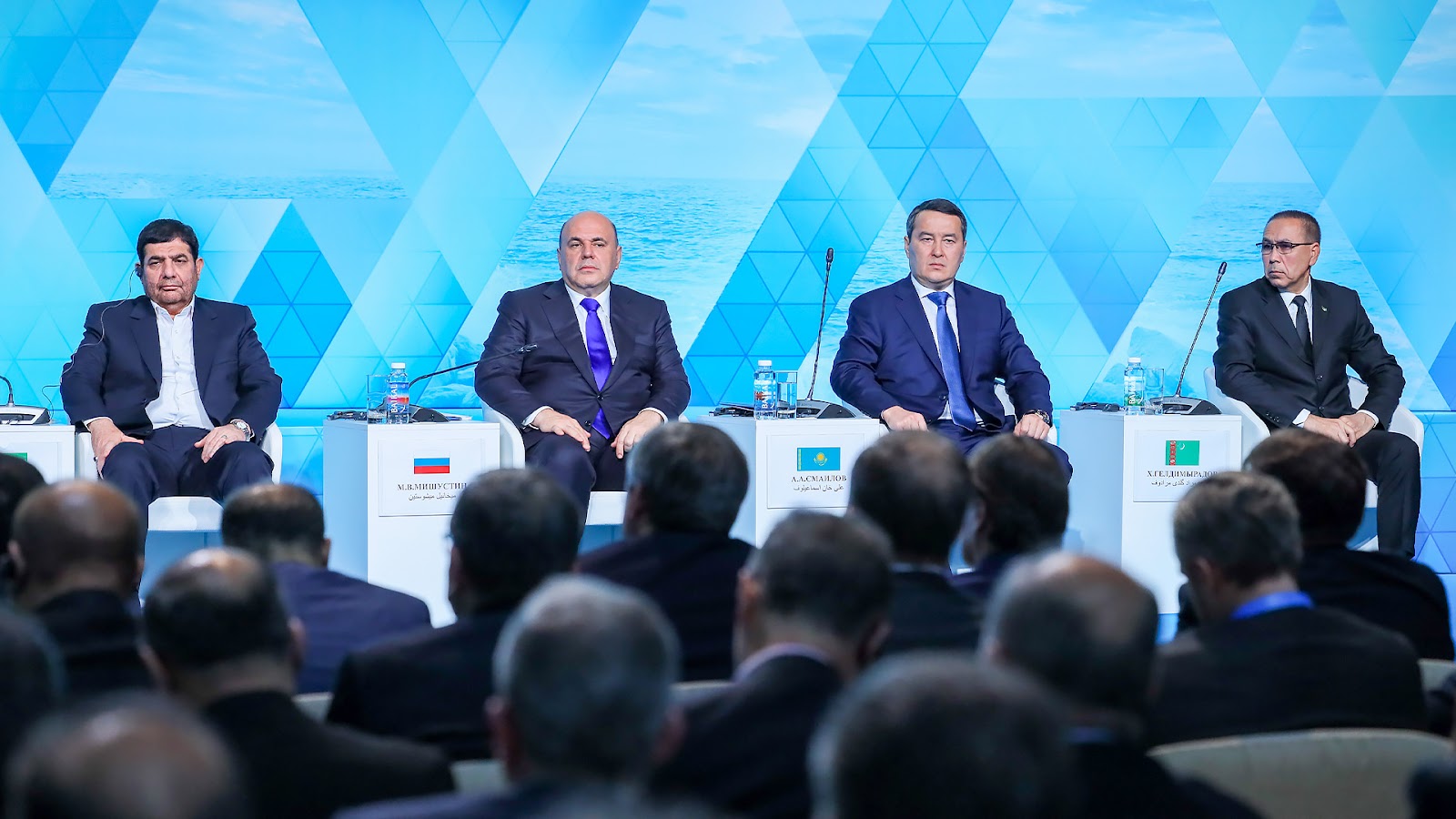 At the same time, he noted that in order to unlock the full potential of interregional trade it is necessary to improve the transport connectivity of the region. For example, Aktau port may become a hub on the India – Persian Gulf countries – Iran – Kazakhstan – Russia route.

Alikhan Smailov also stated the necessity of development and synchronous elimination of "bottlenecks" on the Trans-Caspian international transport route for expansion of freight flow between Europe, Central Asia and China.

"Today we came up with an initiative: we have agreed with our colleagues that we will start this work now. We will develop a corresponding road map and start expanding the potential of our transit routes," he said.

Another important aspect of cooperation Prime Minister mentioned ensuring regional energy security. In this direction, the main priorities are deep processing of oil and gas.

"Today Kazakhstan is improving the legislative framework and creating more attractive conditions for investment in subsoil use. By the end of the year the Improved Model Contract will be introduced, which provides fiscal and regulatory preferences for complex onshore and offshore oil and gas projects," Alikhan Smailov said. 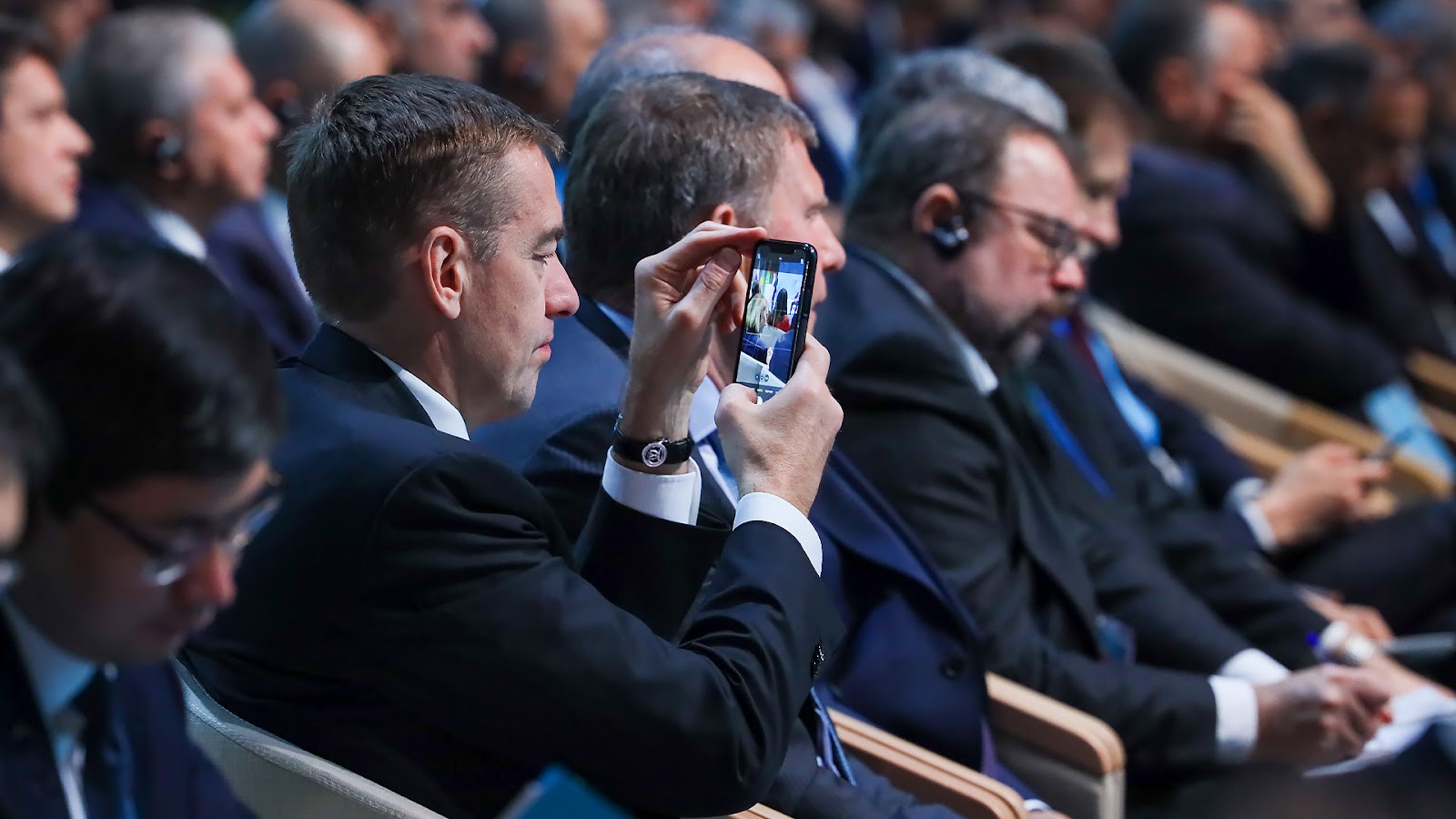 In addition, a favorable environment has been created for implementation of promising projects in oil and gas chemistry, he said. In particular, there are significant measures of state support and preferences within the special economic zone in the Atyrau region.

According to the Prime Minister, cooperation in the field of ecology plays an important role, since more than 15 million people live in the coastal zones of the Caspian Sea. 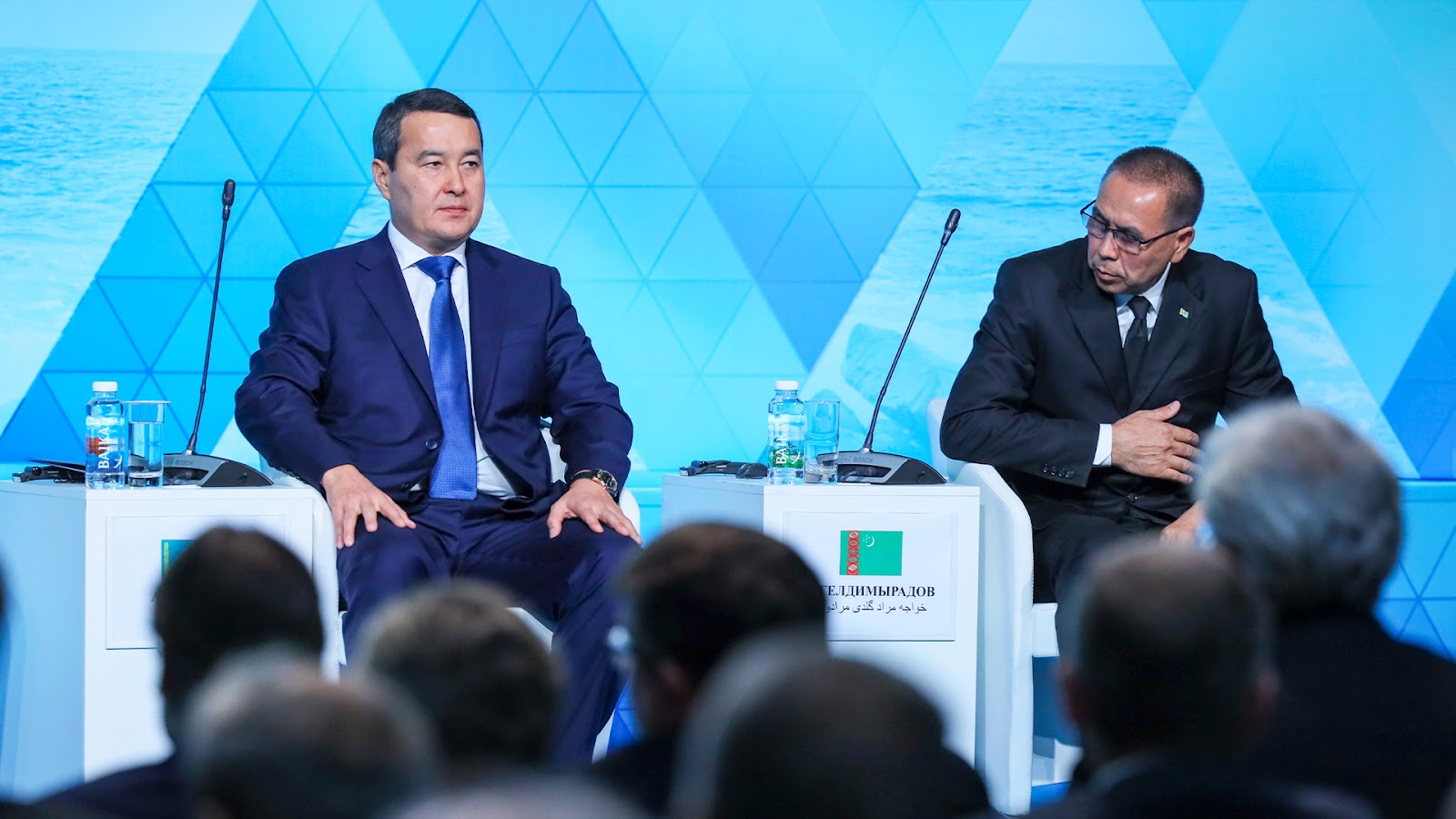 "Preservation of the ecological balance is the most important task for our countries. The problems of the sea are related to the depletion of its biological resources, risks of serious pollution as a result of raw materials extraction and transportation of cargoes. In this regard, we call to support the resumption of the Caspian Environmental Program," Alikhan Smailov emphasized.

In conclusion, Alikhan Smailov called on the countries of the region to intensify joint steps in the field of tourism: take measures to launch combined tours, develop cruise tourism and liberalize visa and migration regimes.

"The Government of Kazakhstan is also working to create a favorable tourist climate on the Caspian coast. In particular, 15 investment projects worth over $360 million will be realized by 2025," he noted.

Prime Minister added that a key step for the development of regional tourism was the preparation of a corresponding agreement between the countries of the Caspian Sea basin. 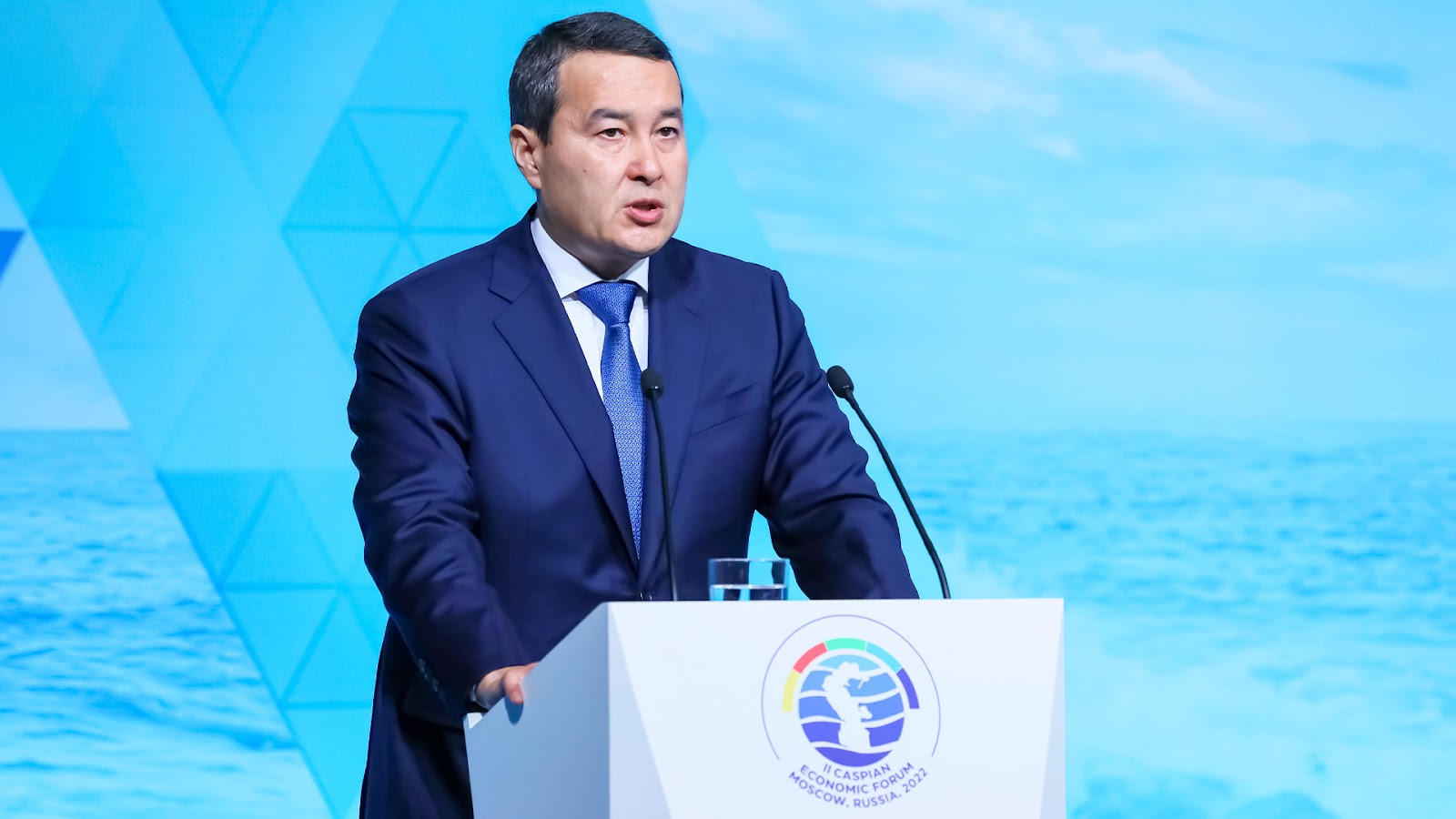 "We propose to intensify the work on its signing as soon as possible," Alikhan Smailov concluded.

For reference: the Caspian Economic Forum (CEF) is the largest platform for discussion of topical issues of cooperation of the Caspian region countries, the main of which are the development of trade and economic relations and transport and logistics infrastructure. The forum includes round tables, plenary sessions, conferences and other events.

More than 1,000 delegates from the Caspian five countries, as well as Belarus, Kyrgyzstan, and Uzbekistan participate in the second CEF. The delegations are headed by Chairman of the Russian Government Mishustin, Prime Minister of Azerbaijan Asadov, First Vice President of Iran Mokhber, and Deputy Chairman of the Cabinet of Ministers of Turkmenistan Geldimuradov.