At the regular Government session, chaired by Prime Minister Alikhan Smailov, the progress of the Entrepreneurship Development National Project for 2021-2025 was considered. The Minister of National Economy Alibek Kuantyrov, Chairman of the Presidium of Atameken NCE Raimbek Batalov, Akim of Pavlodar region Abylkair Skakov reported on the subject.

The Entrepreneurship Development National Project 2021-2025 is aimed at forming a competitive SME sector, improvement of economic activity of entrepreneurs and creation of equal conditions for business entities.

Realization of the National project is carried out on 4 directions: increase of enterprise activity, acceleration of growth of businessmen, formation of new niches, complex development of competition. Ten tasks, 30 indicators and 69 measures are defined.

The National Project is aimed at:

According to the Minister of National Economy, the total amount of funding for the activities of the National Project in 2021 amounted to about 897 billion tenge, including about 271 billion tenge for the Republic of Belarus.

In 2022, about 1,562 billion tenge is planned for the implementation of the National Project, of which RB - 311 billion tenge.

"I would like to dwell in more detail on the results achieved by the National Project in 2021. Due to the pandemic in 2020 the sectoral restrictions within the framework of Entrepreneurship Development Strategy 2020 were lifted, which contributed to overfulfillment of the indicator on subsidies and guarantees by 62% and 48,800 projects were covered by the state support. Grants were provided to 984 projects to implement new business ideas in the service and manufacturing industries. 33.4 thousand people were trained in basics of entrepreneurship within Bastau Business Project," Kuantyrov reported.

At the end of 2021, more than 169,000 SMEs received information and consulting services on starting and running a business.

At the same time, in order to reduce administrative barriers for entrepreneurs the revision of 435 information tools was carried out.

"Within the framework of creation of favorable conditions for tourism development the room fund was increased up to 193 thousand beds. The number of domestic tourists rose to 6.9 million people," Kuantyrov said.

Meanwhile, the tourism industry in 2021 experienced difficulties associated with restrictions on entry due to the pandemic. In this regard, the indicator of inbound tourism is not achieved. The indicator for increasing the share of persons employed in permanent jobs after subsidized jobs was organized was also not achieved. At the end of 2021, the share of those employed was 40.5%, while the plan was 50%.

According to the head of the department, the implementation of the National project made it possible to achieve the following socio-economic effects by the end of 2021.

"About 403 thousand people were employed in permanent jobs. 320 thousand new jobs were created. Active measures to promote employment covered 814 thousand people. The share of rural population with incomes below subsistence level decreased. The contribution of SMEs to the country's GDP increased. The share of public sector in the economy has been reduced to 14.5%," Kuantyrov informed.

The Minister also dwelled on the achieved results for 8 months of this year. Thus, the main indicators of the National Project demonstrate positive dynamics. In order to improve the availability of state support measures, as well as the maximum coverage of small and medium-sized businesses since the beginning of this year, reduced the amount of the loan from 7 to 3 billion tenge, which allowed subsidizing and guaranteeing about 16.8 thousand projects.

"For realization of new business-ideas in services and processing industry about 400 projects were given grants. Within the framework of "Bastau Business" project 75,1 thousand people have already been trained in basics of business within the plan of 30 thousand people. About 12 thousand small and medium-sized business entities received consulting services on opening and running business as well as on obtaining measures of state support," Kuantyrov explained.

Also, foreign business internship on expansion of business relations on technology transfer and purchase of equipment, mutual supply of goods and services, purchase of franchises, creation of joint ventures were 33 people. The revision of 435 information tools provided by the subjects of entrepreneurship was carried out. In the first half of the year the number of hotel rooms amounted to 200 thousand beds. The number of domestic tourists amounted to 3.6 million people.

The following socio-economic effects are expected to be achieved in 2022:

In general, the activities of the Entrepreneurship Development National Project are implemented in accordance with the approved plan-schedule and are under constant control of the Ministry. 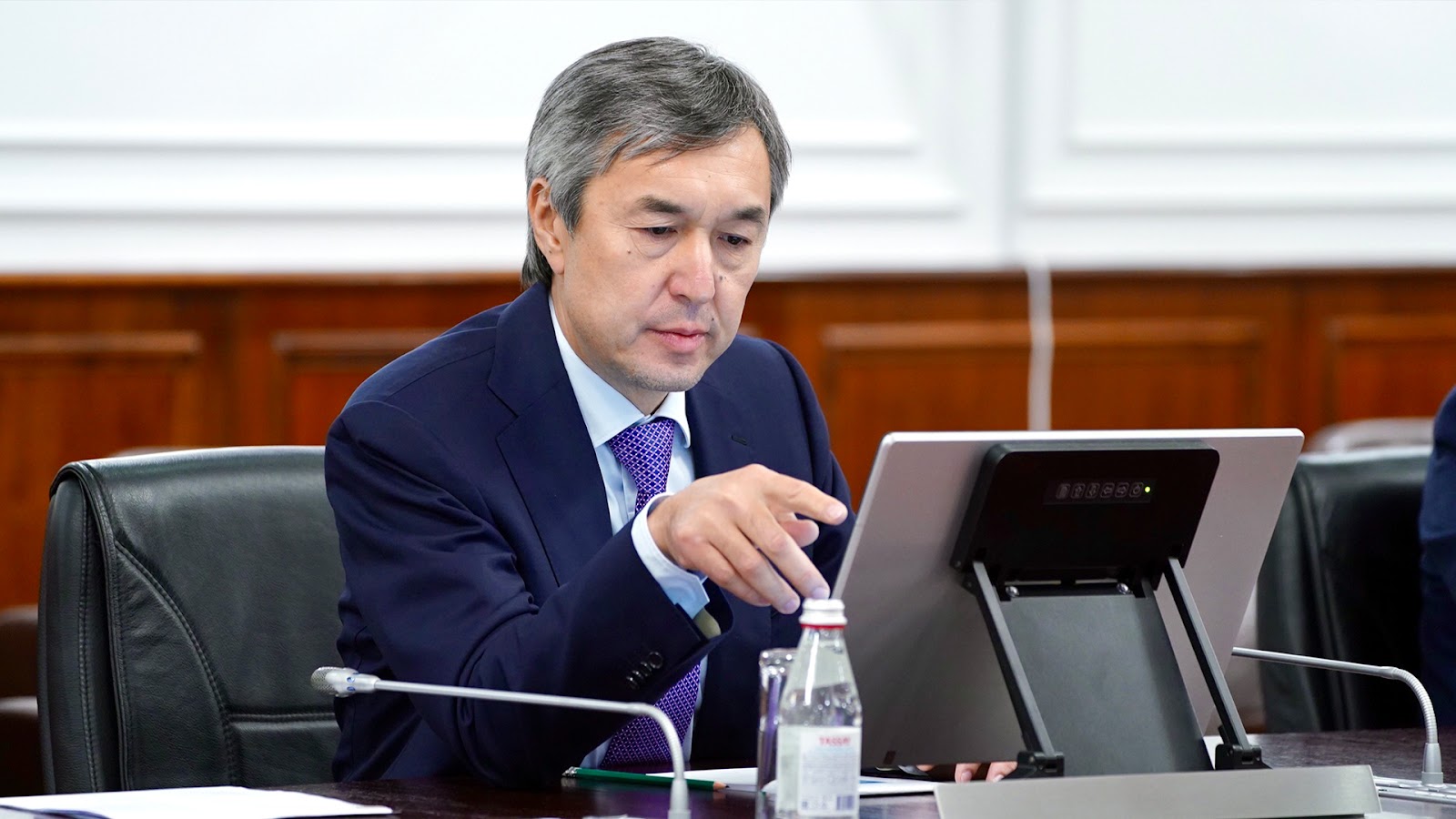 Raimbek Batalov, the Chairman of the Presidium of the Atameken NCE, reported on the implementation of the Entrepreneurship Development National Project during the Government session.

According to the Head of the NCE, within the framework of the National Project the following tools for non-financial support are being implemented:

Since 2021, Atameken has provided 321 thousand services and consultations to 102 thousand customers of which:

3) on the tool "Business Links" 32 participants were trained abroad.

"More than 85% of clients services were provided offline and 15% online. We believe that these support measures are effective and necessary for business development and propose to continue their further implementation. It should be noted that the category of small and micro businesses is exempt from mandatory membership fees. One of the priority tasks and social responsibility of the National Chamber is to support small and micro business and beginning entrepreneurs," the Chairman of the Chamber said.

At the same time, the Head of NCE informed about a number of following suggestions.

First. In order to increase representation and expand the range of services at the district level NCE considers it necessary to combine the tools "Service support" with "Information support", as "Service support" is represented only in the regional centers and is not provided in the periphery. The NCE predicts that the merger will increase the coverage of SMEs, targeting specialized services to meet the needs in the district centers.

Second. To increase productivity and encourage businesses to come out of the shadows, it is proposed to improve the specialization of non-financial support measures.

"Based on the positive experience of several regions in the targeted training of entrepreneurs, we believe that it is necessary to scale it up and form the topics of non-financial support based on the economic specialization of districts and priority industries. For example, training in sheep breeding, melon growing, in districts predisposed to this type of business. Also we propose to expand online services for businesses in the districts, by creating a marketplace of services, financial and non-financial measures," Batalov said.

According to the head of the National Chamber, at the level of the Republican Chamber of Commerce began to systematize the problems of business, the same work will continue in the districts.

"We will form registers of SMEs and registers of their problems. These problems should be the basis for programs aimed at solving them," Batalov said.

Third. Given that the budget for 2023 for the implementation of the "Business Links" tool is not approved, it is proposed to continue the allocation of funding for its further implementation, as this tool helps to increase the productivity of enterprises, as well as the relocation of foreign companies in the Republic of Kazakhstan.

In addition, as Batalov said, the termination of the tool will contradict the terms of the intergovernmental agreement between the Republic of Kazakhstan and Germany.

In this case, the payment for the flight to pay only to local air carriers.

At the same time, the NCE participates in the organization of short-term vocational training by keeping the Register of training centers for vocational training, professional development and assignment of qualifications in technical and service occupations.

Currently, the Register includes 707 educational organizations, of which:

Raimbek Batalov also reported on measures to reduce the administrative burden on entrepreneurs.

In particular, within the framework of the Law on the New Regulatory Policy adopted last December, the "Register of mandatory requirements in the field of entrepreneurship" tool was legislated.

The Law also enshrines the requirement for businesses to report only in cases expressly provided for in the laws. When new reporting is introduced, an addition is made to the specified Register.

In addition, with the participation of experts a draft of the Rules and procedures for the Register of mandatory requirements has been prepared.

As of today, analysis has been completed in 9 spheres out of 16 within Stage 1.

These are the spheres of:

Further, according to R. Batalov, until the end of 2023 a similar work will be done in all other areas of business.

"I want to note that more than 100 industry experts, representatives of business and public organizations are involved in the orbit of work on the revision of requirements to help state agencies. We conduct training seminars for representatives of state bodies and business. We would like to separately note that the inventory of requirements to business requires revision of NLA, developed by local executive bodies, which should also be provided in the register. In this regard, in the framework of the task to reduce the regulatory burden on SMEs in the National Project it is suggested to transfer this positive practice to the MIO and start this work next year under the national program," Raimbek Batalov, the Chairman of the Presidium of  Atameken  summed up.

In turn, Akim of Pavlodar region Abylkair Skakov informed that in order to implement the National project a number of measures were taken in the region.

The first. The necessary infrastructure to support SMEs has been created. In particular, operates "The Government for Business", where for 8 months of this year, the front office consulted 8200 entrepreneurs and provided 442 services.

The second. By means of state support measures 1591 projects to the sum of 15 billion tenge will be implemented. As of today 1305 projects were approved.

Third. A Council on Entrepreneurship was set up to promptly consider complaints of entrepreneurs.

Fourth. It is noted a positive dynamics on number of SMBs and output of products.

Thus, as a result of taken measures the following indicators on: